If you've reached this page, you're looking for the Atypical Stitches product "Well-Behaved Women". A chart series that used to look like this: 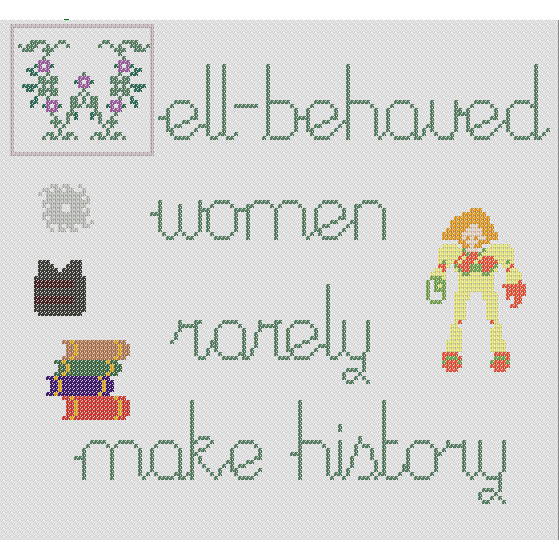 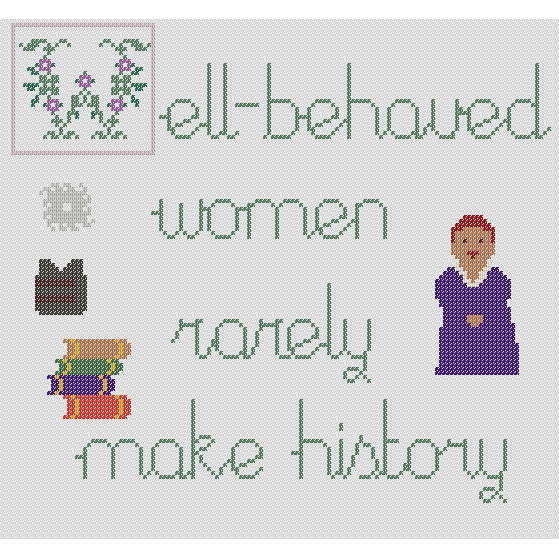 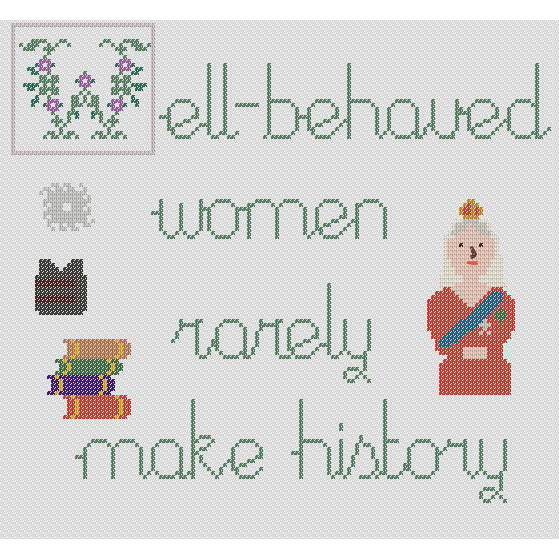 THESE DESIGNS ARE NO LONGER AVAILABLE

If you don't want to read the rest, you can sign up to find out when the new designs are available

Thanks!
This field is required

This was one of the first cross stitch designs I ever made, and at the time, I couldn't have been prouder of it, but as the years have gone on, I have realized that there were problems with it.

I misquoted the Pulitzer winning Laurel Thatcher Ulrich, it was hard to discern what inventions I chose and why, and worst of all, Harriet Tubman looks like an amorphous blob.

Over the past month, I've been working hard to rectify these issues, and I'm happy to announce that on April 6, (my birthday, if anyone was curious), the first of a NEW series of poorly behaved women will be released. 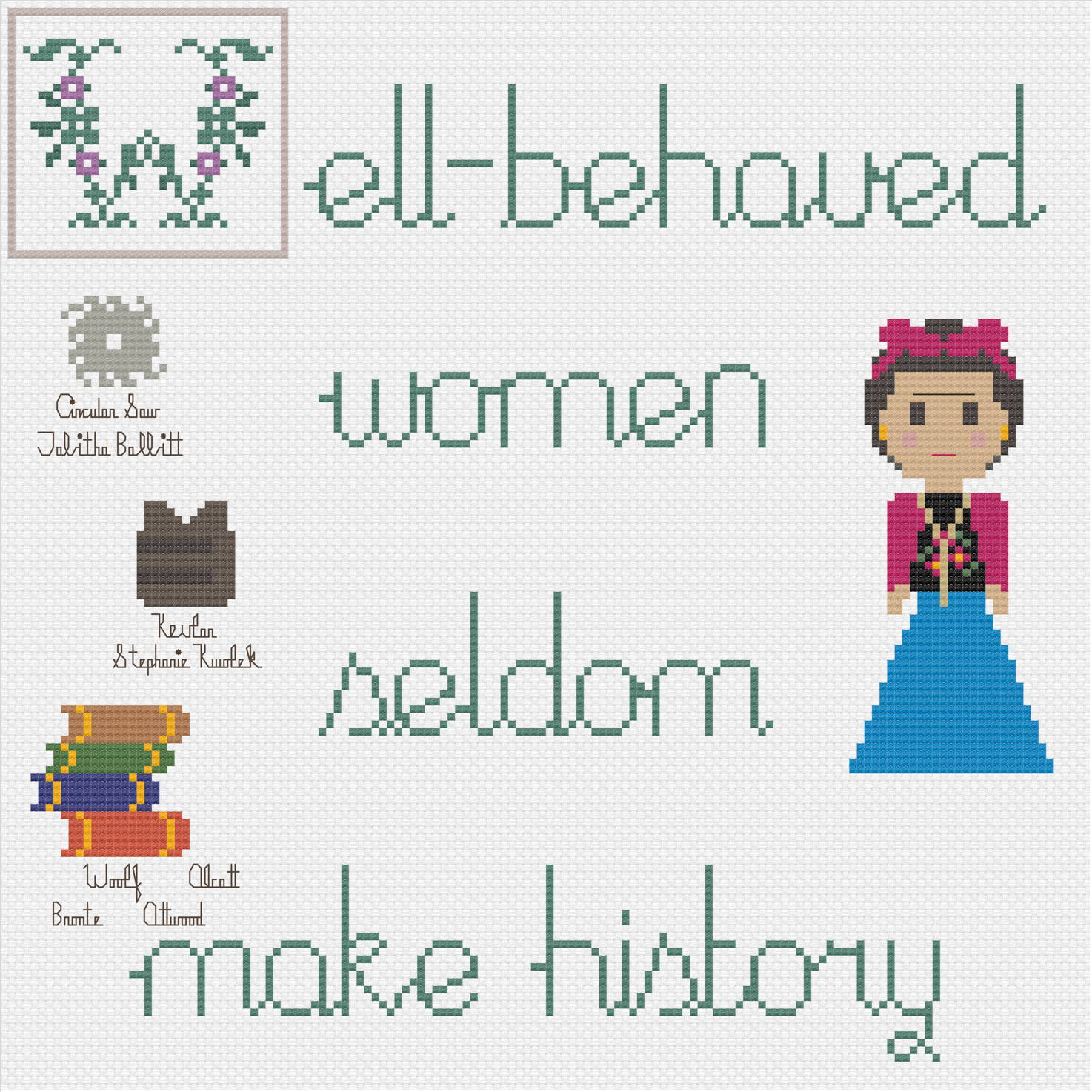 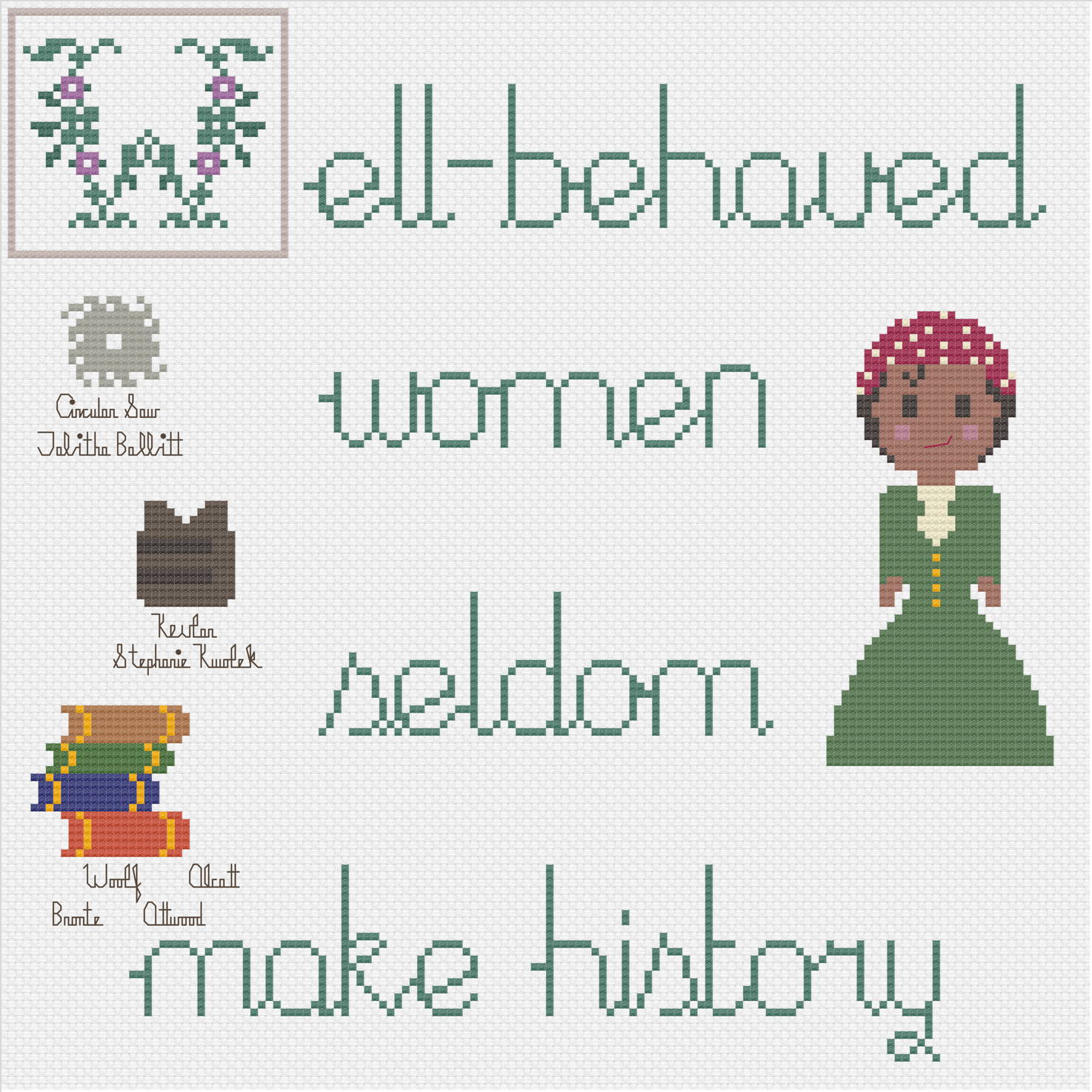 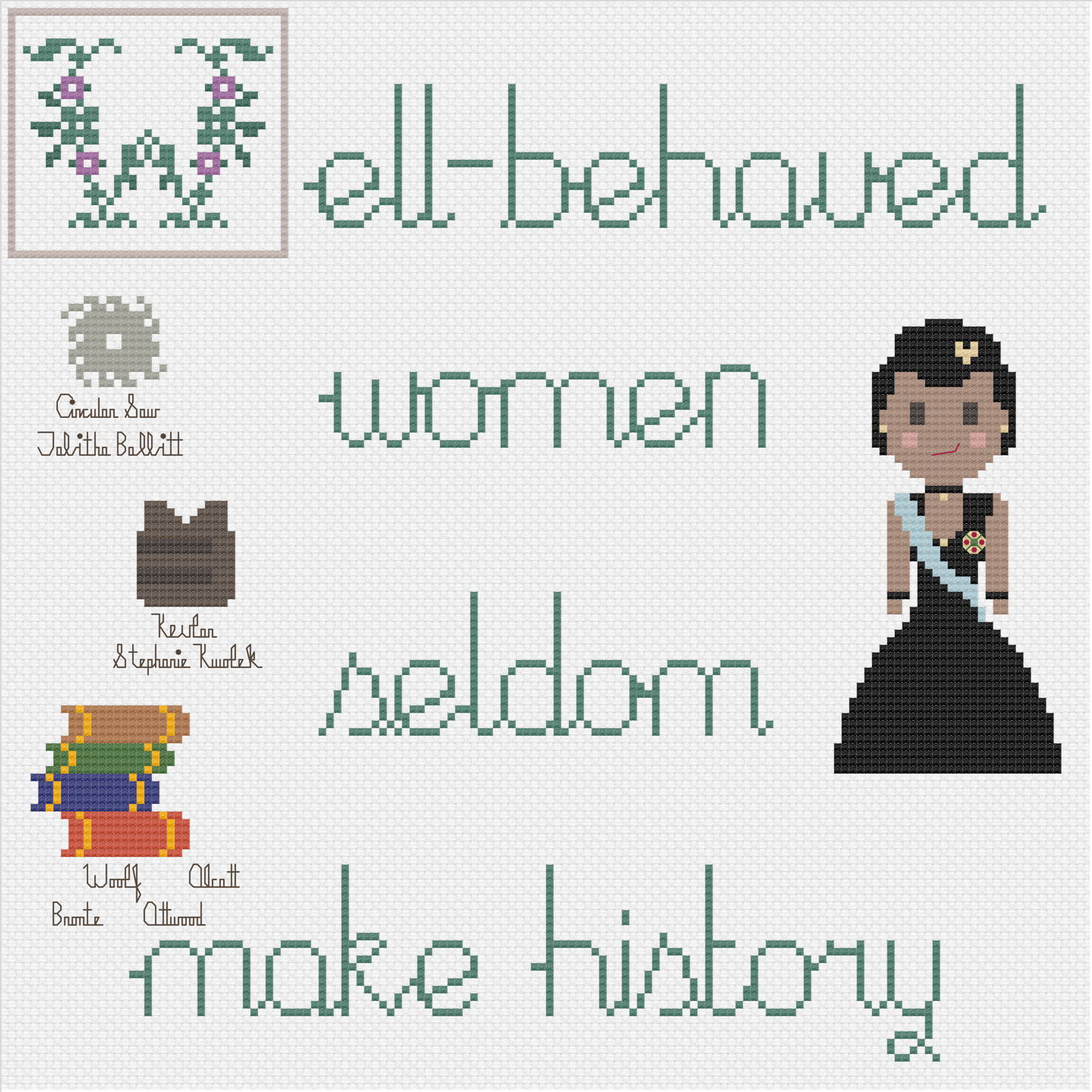 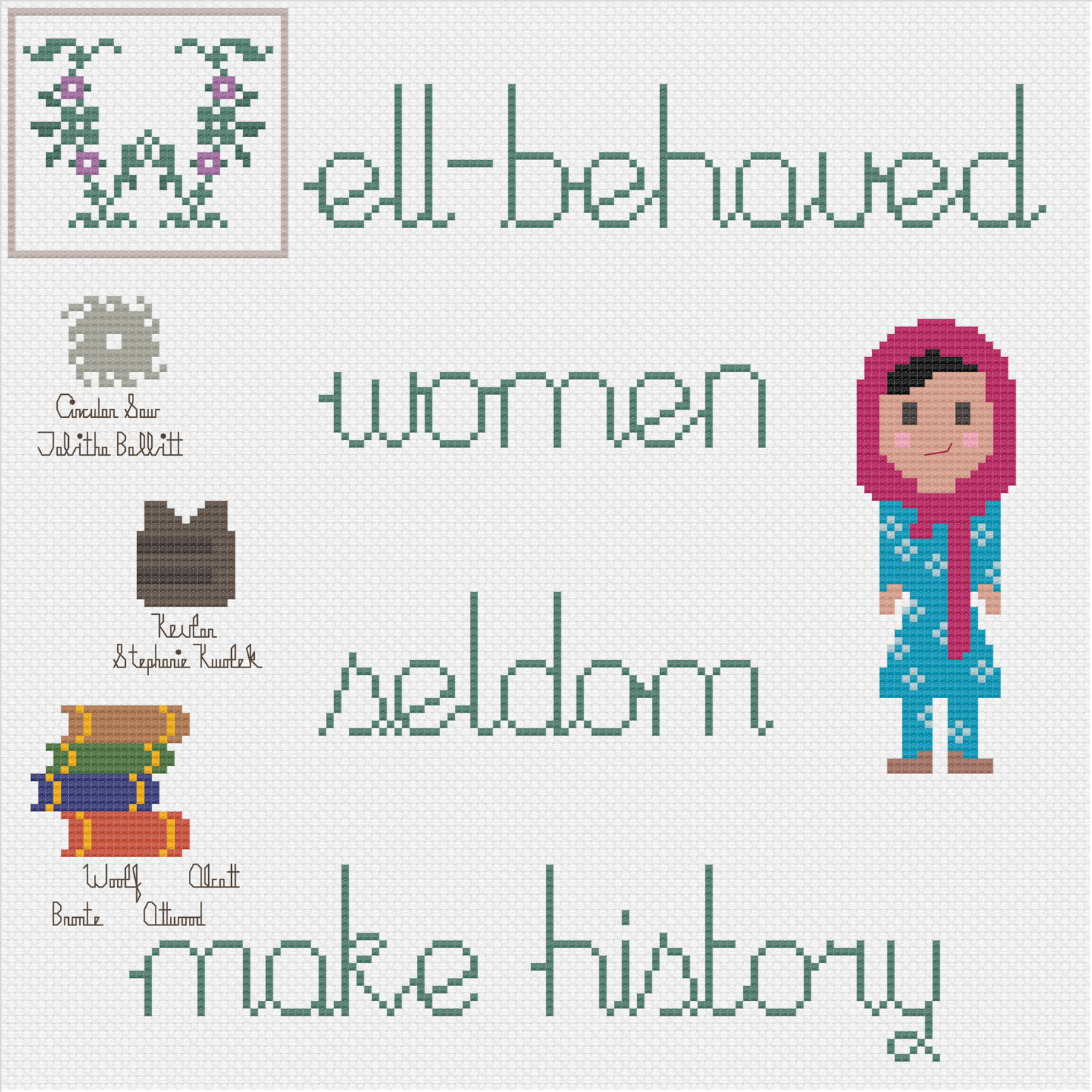 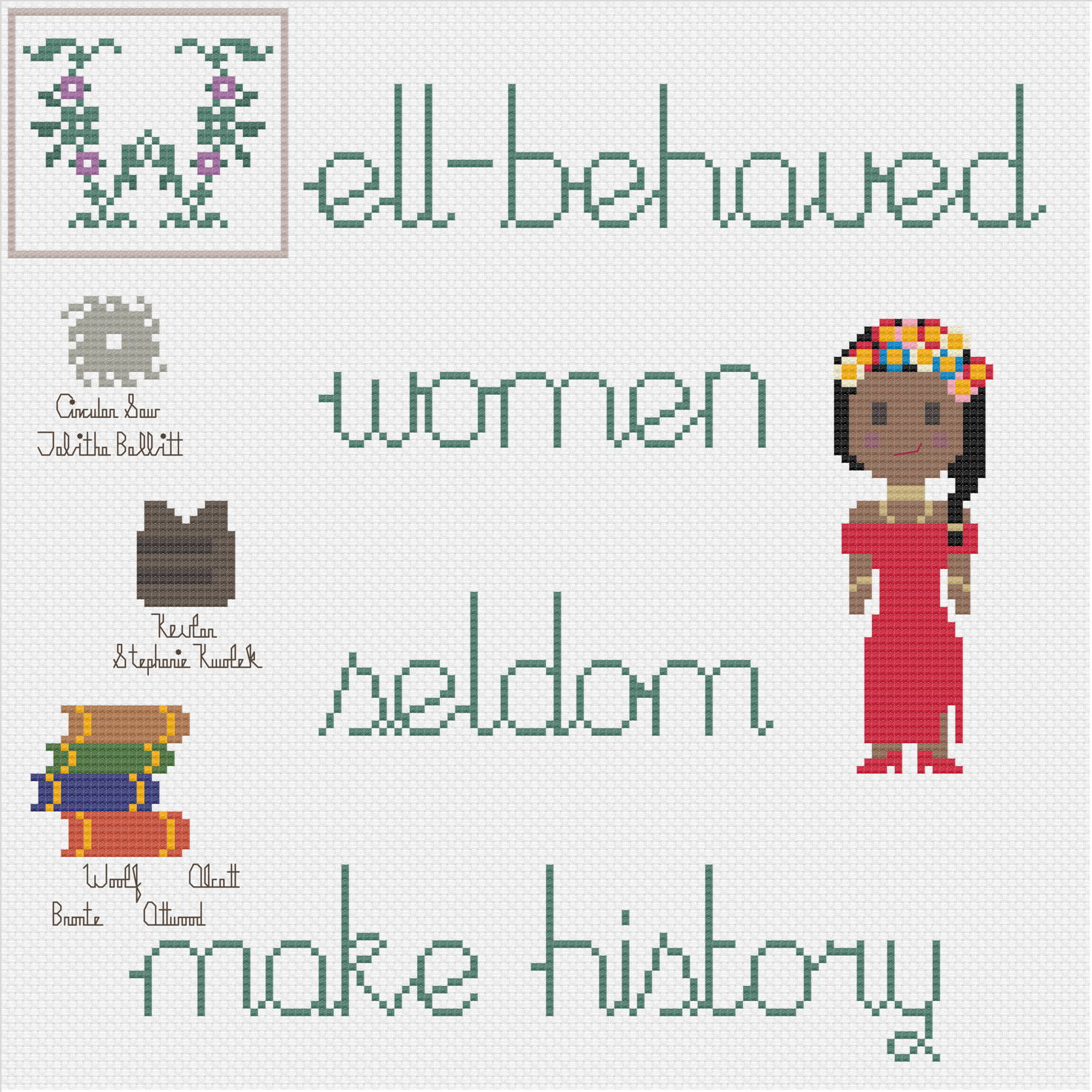 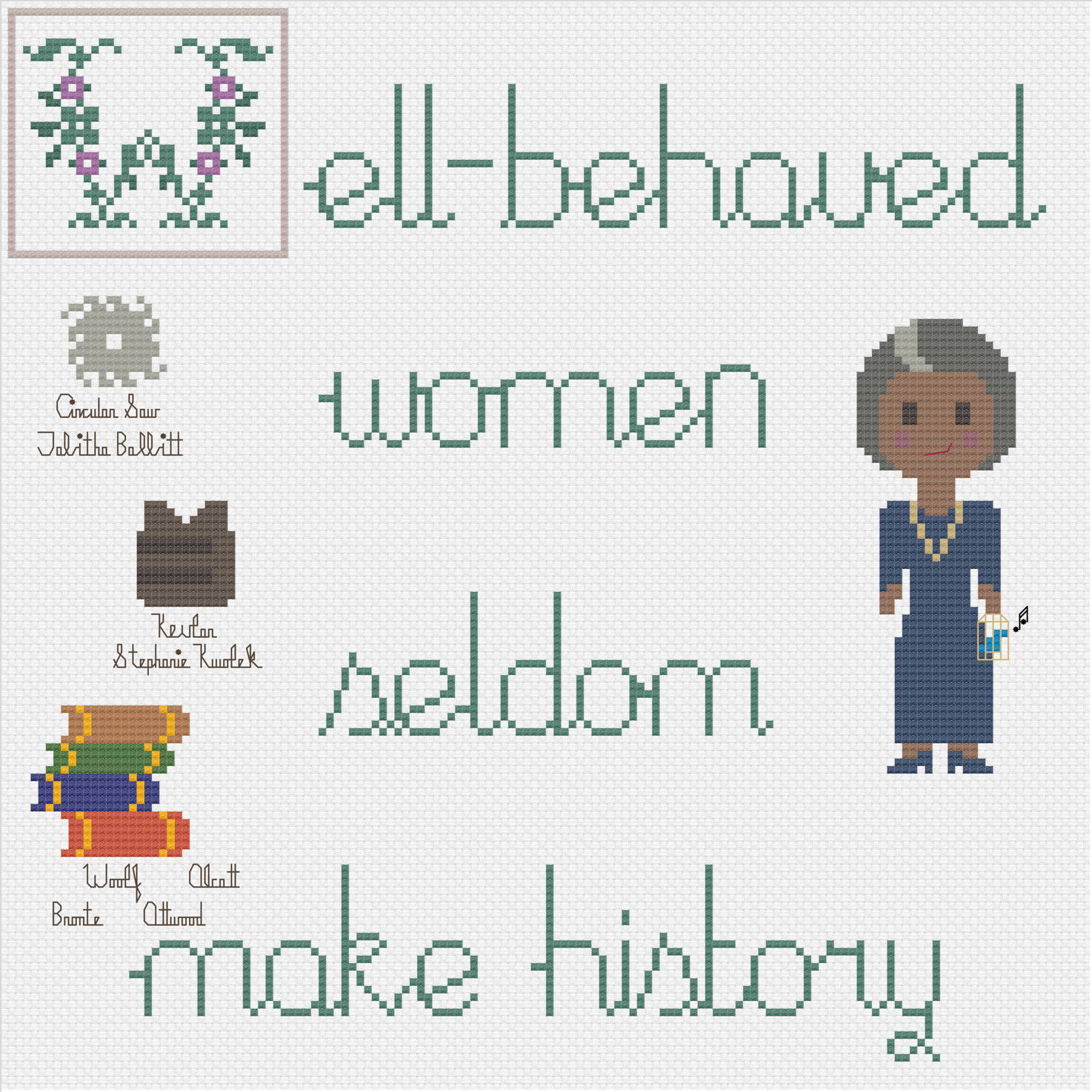 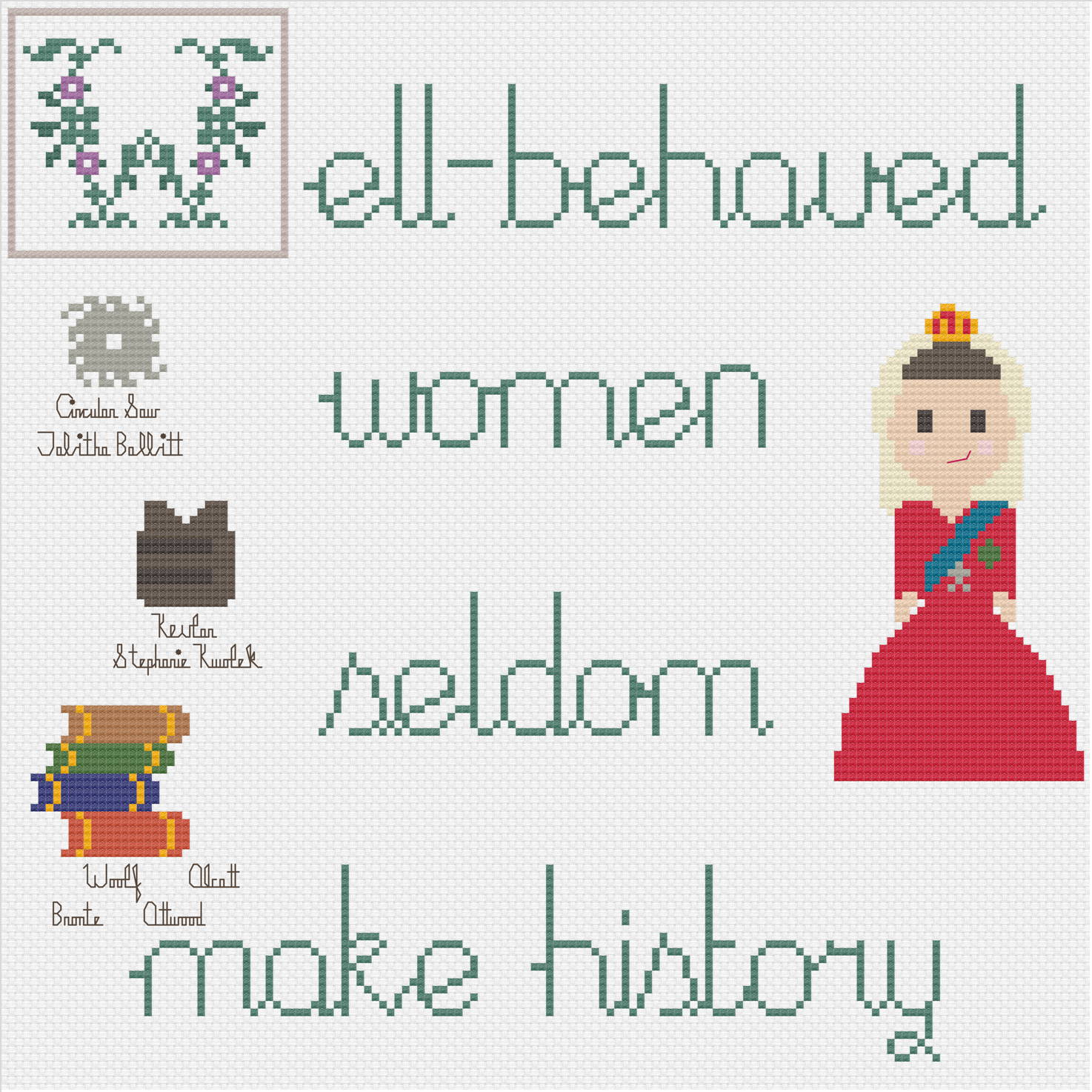 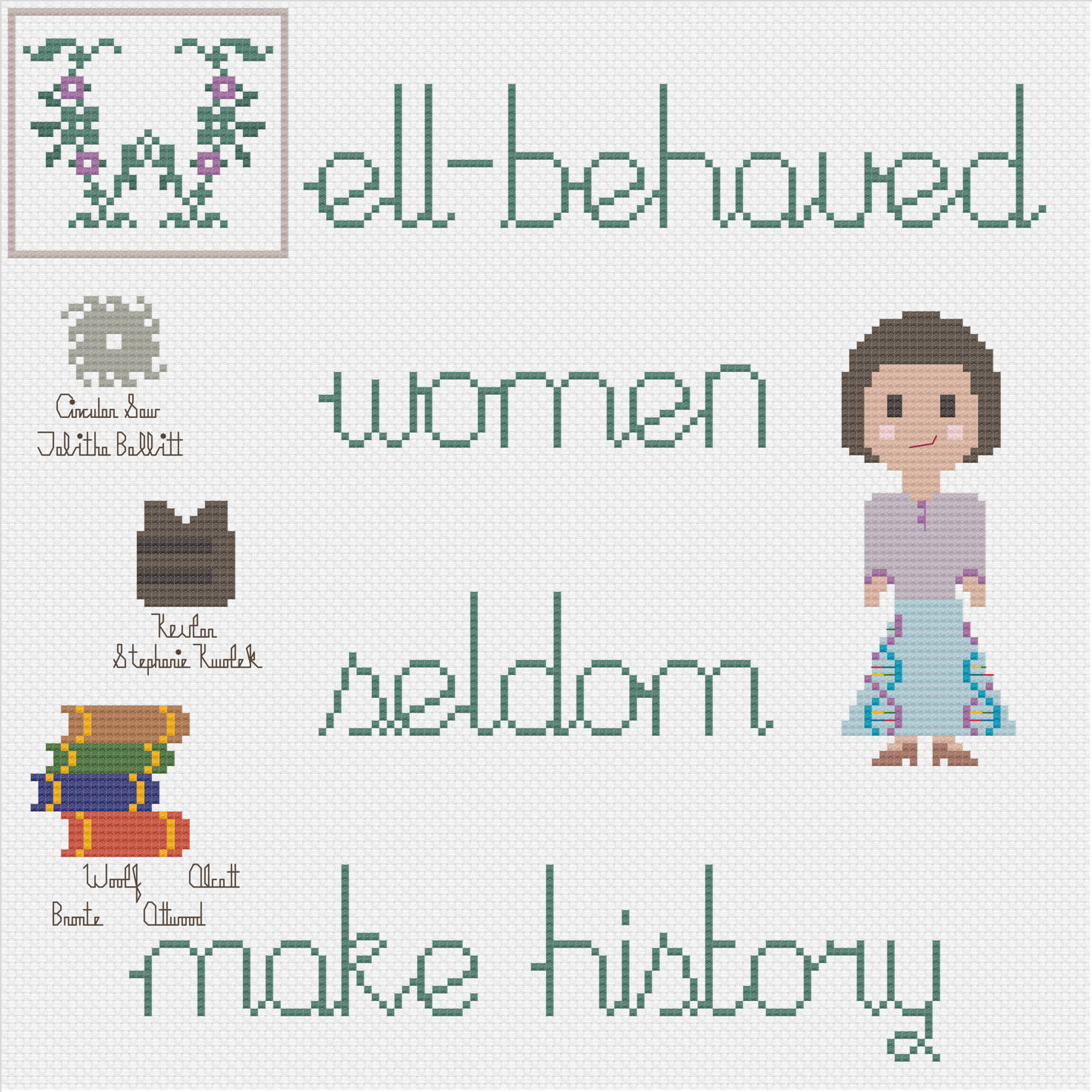 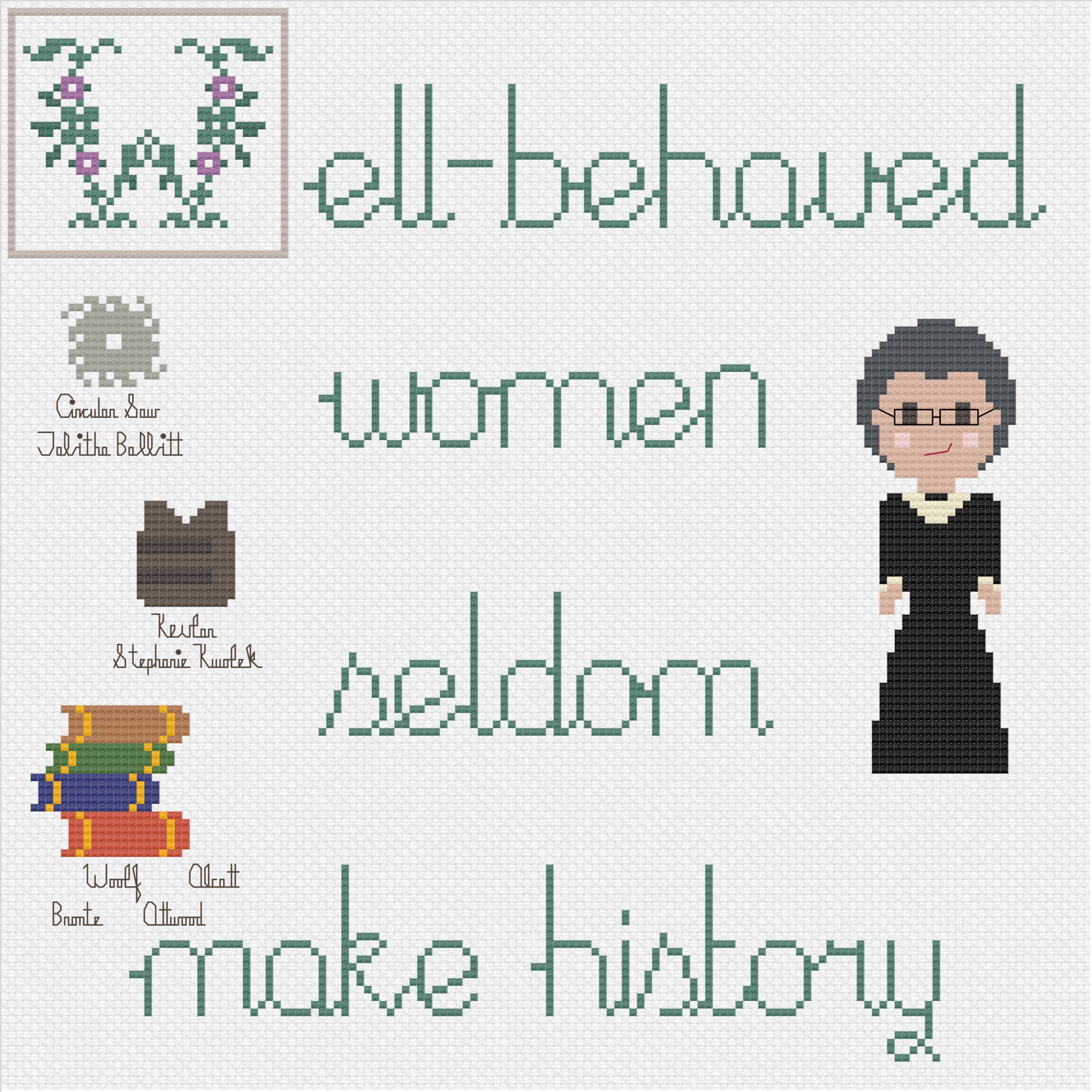 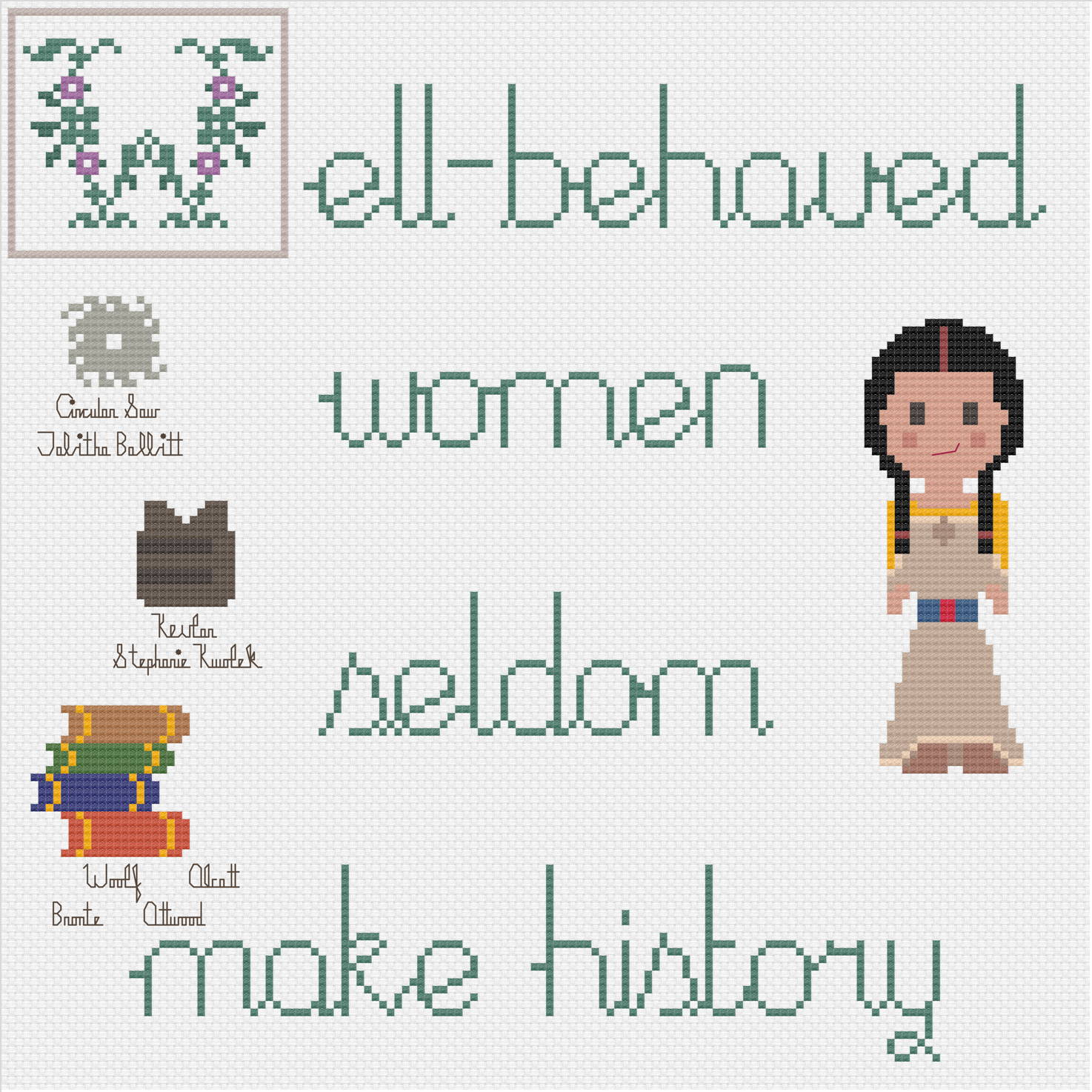 Thanks!
This field is required